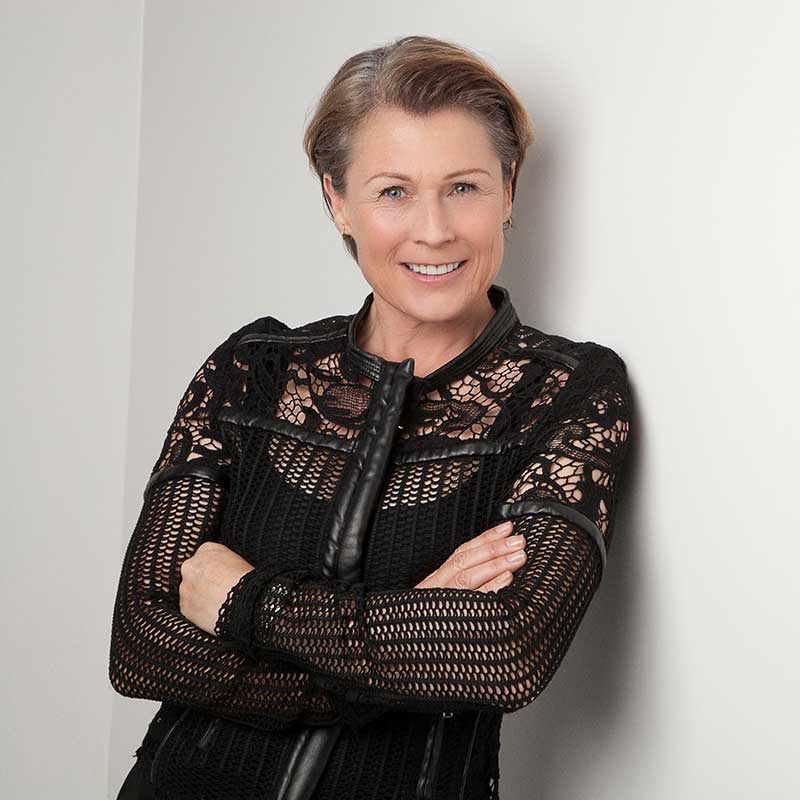 Wayne Herbert is passionate about human rights. He has devoted his career to ensuring the ...

Stacey Currie is an incredible woman who has defied the harshest start in life to become a ...

Sue’s successive wins of the World Cup Aerobic Championship in Japan made her the only woman in the history of the sport to ever successfully defend a World Title. Sue’s amazing sporting achievements soared to an unparalleled level with her win in the 1994 World Aerobic Championships in Las Vegas. Her dream of becoming the only aerobic athlete to win three World Championships became a reality.

So dominant was Sue Stanley in the sport of Competitive Aerobics that she was undefeated both at a national and international level for 4 years. Amassing an amazing 35 consecutive wins, for 3 World Championship titles, numerous international titles and 9 consecutive Australian and national championships.

Without doubt, Sue Stanley is the queen of her sport.

But Sue is not just an Aerobic star. Sue Stanley is one of those unique individuals who have been able to represent her country at the highest level, in four different sports. As a child Sue began her sporting career at the Australian Institute of Sport in the Australian gymnastic team, the versatile Sue then turned her eye to the sport of water-skiing and was able to represent Australia at the 1988 Seoul Olympic Games. Then in November 2000, competing for the first time in the, Olympia World Championship – Sue Stanley after a five-year retirement from all international competition, stunned the sporting world by winning Gold and achieving the title of Ms. Fitness World Champion 2000.

As a twenty-year-old, Sue satisfied another long time ambition by opening her first Health Club. Today Sue is the Director of Fitcorp, one of the leading corporate fitness companies in Australia. Fitcorp is dedicated to improving the health and well being of the executive staff of some of the largest corporations in the country.

Sue is also the founder of www.systemstanley.com, which was recognised as one of the premier health, fitness and well being websites in the world.

As an author, Sue released her second book titled, Fitness Forever, with already over 40,000 copies sold, was an editor of one of the countries largest selling women’s fitness magazine and writes a weekly full page fitness column in the Herald Sun newspaper. Sue Stanley also promotes health and fitness through her weekly top-rating radio segment on radio station 3AW Melbourne with Ernie Sigley.

Sue has now turned her attention to encouraging Australians of all ages to take care of themselves and enjoy life to the fullest. As a firm believer in the ‘sport for all’ principle, her immediate aim is to utilise her current celebrity status and profile to deliver motivating, basic health and fitness messages to a broad cross section of the community – reaching people who may otherwise not be inclined to participate.

Sue has appeared in television campaigns and dedicates endless hours to charity and fundraising events and travels worldwide as a motivational speaker at corporate conferences.

Sue is considered one of the leading Australian women in sport; a member of the Sport Australia Hall of Fame, an Australia Day Ambassador, and is the recipient of the Advance Australia Award for her contribution to sport.

Whilst Sue Stanley is an astute businesswoman and a tough competitor, she has a warmth, a sense of humour and a generous nature. She is a terrific ambassador for our country and there is no doubt that she is destined for a challenging future as a role model for healthier living to all people of all ages throughout the world.

Very good. Sue was instantly engaging and enjoyable to listen to.