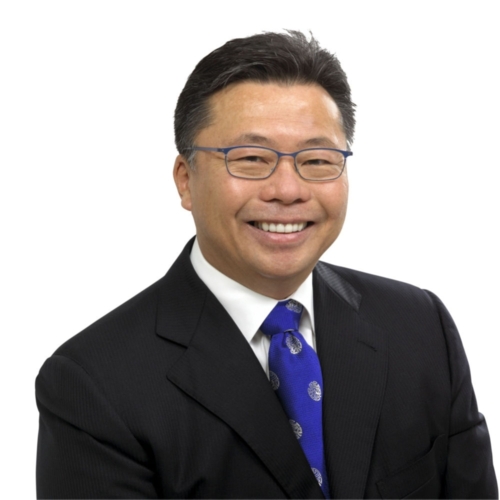 The Hon. Michael Kirby was one of the seven Justices of Australia's highest constitutional ...

Yassmin Abdel-Magied is a social advocate and advisor for federal governments and internat ...

Wally Masur is a highly respected Australian tennis coach, television commentator, and for ...

Ron Lee is a corporate ninja whose hoaxes are more than just comedy – he gives his audience specific messages to take away that inspire enhanced business and personal performance for years to come.

Ron plays the part of a guest speaker from Japan at corporate conferences, product launches and training meetings. He begins his presentation by making an announcement designed to shock, he then conducts a Q & A in which the answers are both outrageous and credible. Using acting, humour and deep martial arts philosophies, Ron inspires participants to focus on solutions rather than problems and to raise levels of self-expectation of their personal performance.

He concludes his presentation by revealing his true self – a talented comedian with an intelligent insight into business strategy, teamwork and, leadership.

Ron Lee will work with you prior to your conference, launch or event to pinpoint your corporate message so that he can focus on specifics such as sales, leadership, change, teams and empowerment.

His keynote presentations and training are mostly derived from eastern/western philosophies, universal laws, practical metaphysics and martial arts and are distilled into forms that can be used immediately in business and personal life. He has been consulted by the CEOs of some of the top 100 corporations in Australia, New Zealand, USA, Canada, Asia, Scandinavia and Europe as well as politicians and sportspeople including marathon swimmer Susie Maroney.

Ron Lee studied at the National Institute of Dramatic Art. His experience in theatre (he still retains an agent who also manages Olivia Newton-John and Russell Crowe), stand-up comedy and eight forms of martial arts learned over 27 years, gives Ron credentials to speak on personal power to all social and business levels.

As the result of a Hoax presentation at the 1990 International Contact Lens Conference, Ron was invited to be a regular lecturer in Communication at the University of NSW, which he did for eight years.

Ron’s seven pillars of effectiveness are Certainty, Presence, Purpose, Focus, Vision, Fun and Inner Strength. He has been recognized as CSP – the highest global designation held by loess than seven per cent of registered professional speakers

Many thanks for an excellent presentation on the final day of the Tandy Conference. As you could tell from the standing ovation, the impact of your address was considerable and greatly enjoyed by all. From an organiser’s point of view, all of the staff at On Targett would like to extend our thanks for your most professional support and research to a very specific brief and exacting client.

The response from our staff feedback was excellent, with a number of comments outlining how entertaining you were, but more importantly the valuable messages they got from the session……participation in your session is a great way to incite involvement…this has been one of the talking points since the conference ended.

It was a great sight to see 300 Accountants and Fund Managers listening to you extol the virtues of martial arts in Japanese Management and then to see their faces when your secret was revealed. One delegate, who once worked with you, did not know it was Ron Lee who had her total attention. Unbelievable but true! Five months later our Members are still talking about you. I doubt we will ever come across a better opening session.

A good number of our people have broken their own psychological barriers and seen beyond the problem, which will no doubt have a positive impact on the way they do business in the future.

Our associates are still amazed that for very astute financial planners they were not able to see through your ruse!! The amazement on their faces was priceless.