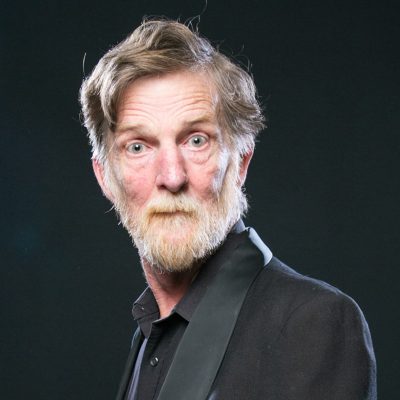 Rachel Berger is an exceptional stand-up comedian with an impressive ability to connect wi ...

Versatile MC, Speaker and Entertainer with a Quirky Edge

James Valentine is a man of many talents. As a broadcaster and writer he is renowned for h ...

Craig Foster is a former player with, and captain of, the Socceroos. A highly respected me ...

Rod Quantock has entertained and amazed Australian audiences for well over thirty years.  He has worked as a comedian and writer for cabaret, theatre, television, radio and advertising.  He amuses corporate audiences around the country with comedy spots, conference openings, after dinner entertainment and as an accomplished master of ceremonies.

Rod Quantock is the man responsible for the famous performance Bus, for which he took groups of people who didn’t’ know where they were going, to visit people who didn’t know they were coming. A simple enough idea, but it took him a long time to work out the reason, which was to introduce unsuspecting people to the idea that the world’s not such a frightening place and you can have fun with strangers.

Indeed, Rod loves to get his audience involved in his theatre. By demanding audience participation and inviting unscripted on-stage disaster, he unlocks the possibility in us all.

In 1969 as a failing architecture student, Rod was sidetracked by Melbourne University’s Architecture Revues and took his funny business to such lengths that he decided to turn professional.

Rod was a big player in the “re-birth” of live theatre in Australia in the 1970s and with his co-performers conceived and performed more than 20 full-scale productions for many of Australia’s leading comedy venues.  Rod moved into television in the early eighties, working on the series Ratbags for Channel 10 and Australia, You’re Standing In It for ABC TV.

Rod’s notorious Bus – Son of Tram show was launched on an unsuspecting public, involving an actual bus tour to places around Melbourne.  The production was selected as Australia’s official Bicentennial “gift” to the 1988 Edinburgh Festival where the show met with popular and critical acclaim.

Rod has worked extensively in television, writing for Fast Forward, Denton and Backberner and was a regular on The Big Gig and Good News Week and always a sell-out at The Adelaide Fringe Festival and The Melbourne Comedy Festival.

Since 1997 Rod has performed a series of one man shows.  His 1997 show Sunrise Boulevard was a political satire of life in Kennett country.  It opened at the Melbourne Comedy Festival to rave reviews and won a Green Room Award, making Rod the first comedian ever to win this prestigious theatre award.  Since then, many more one-man shows have followed, including Double Disillusion, Utopia, First Man Standing, as well as The People we should eat first and how to cook them and Buggar the Polar Bears, this is Serious, both of which were centred around the theme of climate change.

Rod carried the night keeping all attention focused on the manufacturers’ stands. The crowds followed and were highly entertained and thereby painlessly educated.

-The Gas and Fuel Corporation

Rod's meticulous attention to detail was fantastic. His ability to warm up a crowd was unique and quite invaluable.

Rod's performance mingling with guests early in the evening and his presentation later was extremely funny and enjoyed by everyone. His ability to adapt to suit the audience was excellent.

Thank-you so much for the wonderful presentation… Your performance was greatly enjoyed by our luncheon guests and added a welcome note of surprise and humour to our media launch.

Excellent. Rod’s prior research of our company was spot-on, he knew who to target and provided the rest of the audience with an entertaining performance.