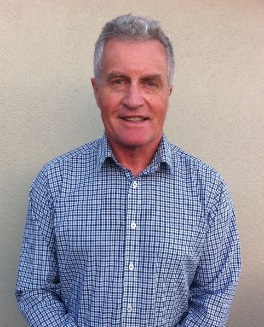 Damien Thomlinson is an Australian veteran of the war in Afghanistan and former member of ...

Jennifer Adams began her media career as a Channel Seven News reporter in 2000 and since t ...

Described as ‘the face that could launch a thousand laughs', Jean-Paul Bell brings laugh ...

Former Fox Sports and Sports Tonight journalist Peter Ryan works with superstar sportspeople who have incredible stories to tell. Athletes who have taken on the world, battled through injury, controversy, good and bad form, disappointment and elation.

Through ‘Conversations with Peter Ryan’, his insightful and revealing one-on-one on-stage interviews with some of our most well-known and respected sportspeople, Peter uncovers stories that can affect and influence audiences from all walks of life.

Themes of Leadership, risk management, time management, perseverance, how to overcome obstacles as well as how to be a winner are things that elite sportsmen and women deal with every day. These same issues are relevant whether you are trying to motivate a sports or sales team, running a business, leading an organisation or trying to effect change in your community.

With more than 25 years of journalistic experience (including more than 3,000 interviews), Peter Ryan is well placed to ask the hard questions of his guests who currently include legends Wally Lewis, Barton Lynch, Mark Waugh and Russell Fairfax. Audience members will also have the opportunity to ask their own questions of the guest at the end of the session.

Wally is one of Australia’s greatest rugby league players. How did he get to that level?

More than 20 years after winning his world surfing title Barton is still taking on the treacherous waves on Hawaii’s North Shore. He is now mentoring the next generation of Aussies on how to become number one. What is the secret to winning the Pipeline Masters? It’s a breathtaking ride that’s well worth taking.

Cricket great and respected commentator Mark Waugh has the latest news on Aussie cricket. After going through great highs and lows as a player, he knows what it takes to be a champion. How do you create a great team? Is pure talent enough? How do you handle pressure?

One of Australia’s great sporting characters and a former superstar talent in both codes of rugby, union and league, Russell isn’t short of an opinion on what’s right or wrong with the Wallabies and the NRL. As a commentator and observer, he still wants razzle dazzle football. “Fairy” has some great stories to tell about another time when footballers were allowed to have a bit of fun.

For a highly entertaining, informative and enjoyable event, ‘Conversations with Peter Ryan’ are a great and different way to engage and inspire your audience.