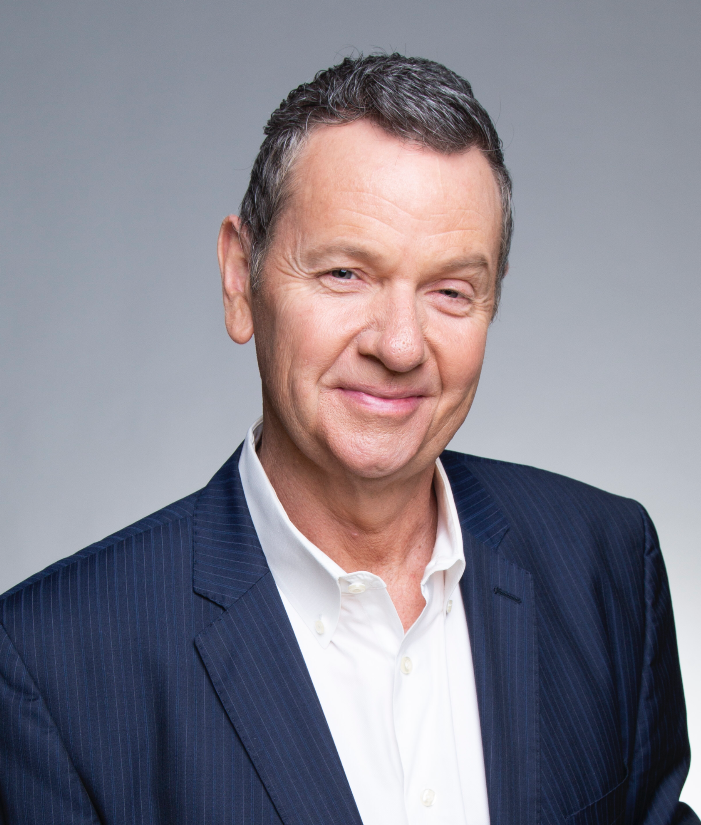 Lord Sebastian Coe is the former Chairman of the 2012 London Organising Committee for the ...

Mark Ella AM is one of Australia's all time sporting greats. Despite the Australian former ...

Lauren Jackson is respected as one of Australia's greatest female basketballers and a Q&A ...

Marty Fields is an award-winning actor and stand-up comedian, and a musician, singer, writer and broadcaster who is renowned for his exceptional versatility and outstanding talent. With a high profile due to extensive television, film and radio work, he is an enormously popular host, a versatile and widely experienced MC and comic for corporate events. His excellent work ethic, commitment to quality, make Marty a smart choice for your next event, live or online.

As an MC, Marty combines his unique style of humour with a finely tuned sense of propriety and occasion. With impressive interview skills, he has chaired many lively Q & A sessions. As a comedian he is a rapid-fire power station of material and one of the genuine big guns on the Australian comedy circuit.

Marty can produce unique songs, jingles and music tailored to companies and individuals. His ability to add piano/vocal comedy to his stand-up performances often creates that special, memorable difference to an event that leaves everyone in raptures.

A highly polished performer, Marty’s commitment to quality and service is second to none. He has performed stand up acts and hosted successful functions, road shows and business seminars for most major corporations both in Australia and overseas. Clients and audiences alike love him.

The son of Aussie icons Maurie Fields and Val Jellay, Marty Fields trained for fifteen years at the Melba Conservatorium in piano, voice and theory. He turned professional at the age of 14, playing all over Australia and around the world as a piano bar performer. Marty also played in a number of successful rock bands and was a session vocalist for the ABC Network.

Marty has acted in most Australian TV dramas, and featured or taken leading roles in numerous movies. On stage, he has starred in successful musicals, including High Society, Three Guys Naked From The Waist Down, Crazy For You and Anything Goes. He received Green Room Award nominations for each production as Best Actor in a Musical, and won the Award for his performance in Crazy For You. During 2000, Marty played the role of ‘Nathan Detroit’ in the sell-out season of Guys and Dolls starring opposite Marina Prior.

Marty Fields began his stand-up career in 1987, playing the comedy circuit in hotels and clubs around Australia. This led to a four-year run on Hey, Hey, It’s Saturday, the position of resident comedian on the game show Blankety Blanks, and a regular role on Battle of the Sexes. Marty was nominated for a Mo Award as the best stand-up comedian in the country and in 2005 he was inducted into the Australian Comedy Hall Of Fame.

Marty has completed several successful tours of the US where he has performed in Phoenix, Chicago, Las Vegas, LA, Dallas, and headlined for a week at the New York Comedy Club in Manhattan. His attention to detail as well as his ability to tailor his act to suit all types of audiences and tastes without sacrificing laughs sets Marty apart as one of the premier corporate comedians in Australia.

Marty has a regular national comedy radio show which is taken by 105 stations and is a best-selling author of three comedy books, making him Australia’s authority on one-liners for every possible topic. He is a Patron of The Lost Dogs Home and Oz Showbiz Cares / Equity Fights AIDS.

Having been the host of the weekly auction television program Bid On TV for the Nine Network Marty possesses unique auctioning skills which makes him perfect for fundraising events.

Marty also hosts very entertaining although not always historically accurate comedy bus tours around various cities and regions, both in Australia and off-shore, as well as comedy trivia evenings where he incorporates stand up with trivia.

Marty Fields is a fantastic asset at any corporate event. Whether he is appearing as a comedian, singer, auctioneer, quizmaster, presenter or MC, there’s no doubt that Marty is versatile, very experienced, highly professional and hilarious. He is always a huge hit with any audience.

HOST/MC: As an MC, Marty had taken the role to a new level. He is concise, professional and a skilled interviewer and is able to provide his award winning comedy material without disrupting the tone of the occasion or event.

COMEDY: With his unique style, Marty is one of the most popular performers on the Australian comedy scene.

MUSICIAN/VOCALIST: As a vocalist and musician, Marty has been performing professionally for four decades, seamlessly combining his piano skills and vocals into his MC roles or a stand-alone spot when the event requires something musical. Plus his tailored parodies matching current topics or events with famous songs have become huge favourites.

CORPORATE TRIVIA: Marty is able to provide a sensational night of trivia, including the unique ability to make one of the rounds completely musical, using a keyboard to sing and play the clues. This is combined with his award winning comedy.

COMEDY TRIVIA ONLINE: As a quizmaster, comedian and musician, Marty  takes the world of trivia events to a level of entertainment not previously available in Australia.

It’s a fantastic opportunity to add something different to an online gathering.

It was really a pleasure to work with Marty. I found his professionalism and ability exceptional in the dual roles of MC and comedian. I was also very impressed by the way he comprehended the complexities of our night and then explained them with total ease and clarity to our guests.

We would like to thank you for your amusing and professional support as MC. Thanks for helping to keep the show on the road with the appropriate amount of laughter!

I wanted to thank you for your efforts as MC at our event. Our decision to use you again after your success last year was richly rewarded. You controlled the evening, cutting a path between propriety and hilarity. And all new material! You were sensational and everyone has been raving about you. I truly believe you made the event. We at Cadbury look forward to a long association with you.

He was outstanding. He had the crowd in stitches, was a consummate professional and made sure the night ran smoothly from his end. Thanks to his preparation, enthusiasm and excellent understanding of our requirements, the attendees had a truly entertaining and enjoyable evening. Many said it was the best Awards Night in years, thanks in no small part to Marty.

You are to be congratulated on your skill with the audience. With your masterful MC work and your remarkable comedy that seemed to come out of nowhere, everyone at Coke is saying it was our ‘best ever event’.

Thank you for hosting our recent conference. For the first time we had delegates back in the room on time because they didn’t want to miss your input. You livened up the conference immeasurably.

Your hosting of our event in Mauritius was fantastic. You did everything required and more, with the way you immersed yourself in the event, endearing yourself to our delegates. And you are hilarious

I wanted to personally thank you for your efforts as M.C at our event. You controlled the evening, cutting a path between propriety and hilarity. And all new material! Everyone has been raving about you. I truly believe you made the night. We at Cadbury look forward to a long association with you.

No smoky bar, no dim lights, no alcohol affected audience, no mike and 8.30 in the morning, yet Marty still managed to rouse up the room and give us all a genuine laugh - the man is brilliant!

We approached finding an MC for our first ever big event with much trepidation. If only we knew what good hands we were in from the outset. Positive comments continue to roll in about the event, and in particular your performance. You managed to combine seamless running of the event with comedy that had guests complaining about sore stomachs from laughing too much. The energy was great, and you never crossed the line into areas that would offend our guests. Thanks again for your support and professionalism, and we’ll definitely be in touch about next year.