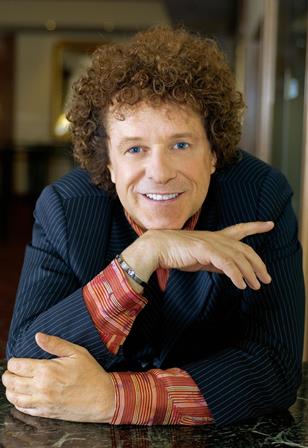 Peter Bell has a very long and varied list of achievements to his name. He is a former AFL ...

Tim Gilbert is one of Australia's most versatile sports presenters and a familiar face on ...

Paul Martell is one of Australia's most successful corporate comedy entertainers and MCs. ...

Pop music legend Leo Sayer, began his musical career as an altar boy. At secondary school he showed a gift for drawing and painting and he sang Buddy Holly and Elvis Presley songs he’d learnt from his older cousin with the school band.

At the age of 22, Leo’s career kicked off when he and drummer David Courtney formed a band they called Patches.

While Patches was successful, when Leo produced his first solo album, his future as a pop legend was ready to rocket. Before he knew it, Leo was playing to enormous audiences in the UK, Europe and America. When, in 1974, he arrived in Australia for his first concert down under, Leo’s fans mobbed him.

Over the years, Leo’s legendary band members have included Nicky Hopkins on keyboards and Bobby Keys on saxophone (both from The Rolling Stones), Reggie McBride on bass and Steve Madaio on trumpet (both from the Stevie Wonder band), and Don Preston (from The Mothers Of Invention).

In addition to maintaining a hectic schedule of international concerts, he has appeared on many talk shows, television specials and music shows as diverse as Des O’Connor, Michael Parkinson, The Two Ronnies, Captain and Tenille, Kenny Everett, Dinah Shore, Les Dawson, Julie Andrews and Perry Como. He performed live on The Midnight Special, co – hosted Solid Gold in America with Dionne Warwick, and he hosted his own show on Radio 1 in England.

Leo Sayer moved from his homeland of the UK to Sydney in 2006, and released Voice In My Head. Supported by a superb band of top Australian musicians, he performed sell out concerts across the country.

Leo continued to return to the UK to perform at Open Air Festivals and in 2006 joined the cream of Australia’s rock and pop acts on the Countdown Spectacular tour of Australia as well as making appearances on a series of Spirit Of The Bush interstate charity concerts to aid Australia’s drought stricken farming community. During the same time, he performed for numerous audiences including making a guest appearance with The Wiggles, the perennial children’s TV entertainers and one of Australia’s most successful exports. Leo and the boy’s performance of You Make Me Feel Like Dancing became the title track of a Wiggles DVD and CD.

In November 2007 Garth Porter, best known as the keyboard player with Sherbet, proposed a new album for Leo. The two embarked on Don’t Wait Until Tomorrow that December, completing the recording in March 2008. The album, which was released at the end of May 2008 features Leo’s much loved lush tones and stylish re-workings of his most popular songs, and marked a special milestone in Leo’s long running and continuously evolving career. Leo continues to wow audience with his sensational voice, high energy performance and enormous personality.

On January 25th 2009, Leo became an Australian Citizen in Canberra. The occasion was marked by a concert where Leo performed on the lake to huge crowds and fireworks.

The year saw Leo performing on tour across Australia with his dynamic four piece band, culminating in sold out shows at Sydney’s Basement and Melbourne’s Crown Showroom.

In January 2010, Leo headlined a huge free concert for Australia Day on the water in Sydney’s Darling Harbour. His performance was watched by 150,000 people live, and many more on national TV. In the same year he toured the UK with the Bay City Rollers, David Essex and The Osmonds.