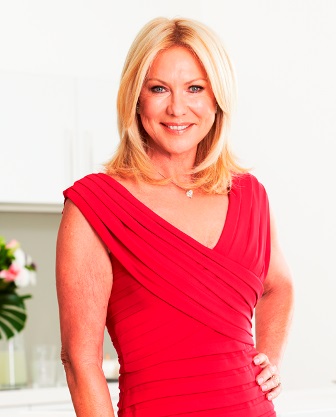 Marc Randolph is one of the heroes of Silicone Valley, having built his career over four d ...

Jacinta Tynan is a television journalist, author and columnist who is also regarded as a c ...

Danny ‘The Green Machine" Green is an Australian professional boxer and a three-time wor ...

Television personality and veteran Kerri-Anne Kennerley, also known as KAK, made her first television appearance as a child actor in 1967 and has rarely been out of the public eye since.

Regarded as one of Australia’s most experienced and popular light entertainment hosts, Kerri-Anne’s career was built on hosting breakfast and daytime programs, earning her the title of the ‘Queen of Daytime TV’.

Kerri-Anne is noted for her professional approach and warm hosting style and her ability to handle awkward guests and situations. Some of her more memorable and entertaining segments include persuading politicians, including Peter Costello (the Macarena) and Kevin Rudd (the rumba), to dance on her show.

As a 19-year-old, Kerri-Anne sang on the New York cabaret circuit and when she returned to Australia in 1981, she landed her first adult role on Australian TV in the long-running TV series The Restless Years. She also continued to perform as a singer and released two albums in the 1980s.

She hosted the Network Ten breakfast TV program Good Morning Australia for 11 years, making it the number one breakfast show in the country before moving to the Nine Network where she became the first woman to host the prestigious daytime variety TV show Midday with Kerri-Anne for three years from 1996 until 1998. She was nominated for the Gold Logie three times.

In 2001, Kerrie-Anne moved to Network Ten to host Greed and Moment of Truth but in 2002 returned to the Nine Network and to morning television to host Kerri-Anne (formerly Mornings with Kerri-Anne) until 2012, undertaking 12 hours a week of live broadcasting.

Kerri-Anne moved to the Seven Network in 2012 and since then has appeared as a contestant on Dancing with the Stars, is a guest reporter on Sunday Night and a fill-in presenter for Kylie Gillies on The Morning Show. During an enviable career, she has hosted the Foxtel crime program, Behind Mansion Walls, held a regular guest spot on Channel Ten’s The Project and Channel Seven’s morning show Sunrise as one of Kochie’s Angels. Kerri-Anne has also reported for prime-time current affairs program Sunday Night and hosted Time of my Life for the Seven Network. She was Chief Executive Officer and presenter on Radio 2CH for two years.
A lifetime golfer, in 2013, Kerri-Anne was asked to become a member for the prestigious board of Golf Australia and signed on with Ostelin vitamins to help raise awareness around vitamin D deficiency. She has also served on the Council of the Order of Australia which oversees the distribution of the highest honours to great Australasians.

2017 saw Kerri-Anne receive her first Gold Logie Award which came by virtue of her admission to the TV Week Logie Hall of Fame, just the third woman in history to receive that honour, following the late Ruth Cracknell in 2001 and actress Noni Hazlehurst in 2016. When accepting the award, Kerri-Anne admitted “I didn’t realise it at first but this is now my 50th year in television and there hasn’t been a single year, between one thing and another, that I have not done something on television,” really cementing her as an obvious winner for this prestigious and coveted award.

In 2012, Kerri-Anne was diagnosed with breast cancer but has since beaten the disease and is now an ambassador for the Avon Breast Cancer Crusade. In 2016, Kerri-Anne’s husband of 33 years, John, suffered a freak fall, which left him a quadriplegic. On their long road to recovery, Kerri-Anne found herself reflecting on her lifetime of memories. This led to the publishing of A Bold Life in 2017, an autobiography which tells her extraordinary and inspiring story. Kerri-Anne has also authored the books, Kerri-Anne’s Life Energy and People I’ve Met, Places I’ve Been.

Kerri-Anne Kennerley is not only a survivor but she is indefatigable, entertaining, warm and glamorous. It’s no wonder that she has been a favourite amongst Australian audiences for more than thirty years.