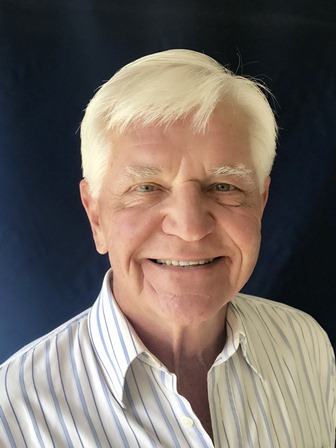 Tim Campbell is a versatile and talented actor, dancer, singer and host who has made his n ...

Kurt Fearnley AO is a three-time Paralympic gold medallist with a can-do attitude that mak ...

Dr Sally Cockburn is a GP and health advocate - with a twist - while she still practices m ...

Triple gold medallist John Konrads has enjoyed a long and distinguished career in the worlds of international sports and business. A Member of The International Swimming and The Sport Australia Halls of Fame, his achievements as a swimming legend are also recognised at the entrance to the Sydney Olympic Aquatic Centre.

John has extensive experience as a keynote speaker, addressing business conferences of major corporations, sports functions and special events that include the Olympic and Commonwealth Games. He had the honour of being the International Olympic Committee’s bilingual M.C. at its conference held at the Sydney Opera House in the lead up to the 2000 Olympic Games.

John tailors his speeches to the objectives of his client. However, a recurring theme is “Winning in Sport, Business and Life.”

John Kondrads came to fame as an international swimming legend when he won triple gold at the Cardiff 1958 Commonwealth Games. He won gold in the 1500m event at the Summer Olympics Rome in 1960 and across his career has held world records in the 200, 400, 800 and 1500m freestyle as well as the 4 x 100 freestyle relay and 2 x 400m freestyle relay. He retired from swimming after the 1964 Tokyo Olympics. John studied at the School of Business at the University of Southern California and later lived in Paris before eventually returning to Australia as CEO [Australasia] of the giant L’Oreal personal products corporation. He went on to be appointed as General Manager Marketing at Ansett Airlines, and CEO of Melbourne Major Events Company where he secured the Formula One Grand Prix among other international events. Since then he has been a consultant with Harris Smith & Associates in executive mentoring and outplacement as well as facilitator at conferences for major companies such as Caltex and Rothmans.

John’s successes and challenges in life add realism to his presentations. He was a Director of the Black Dog Institute when he was diagnosed with bipolar disorder, and in 2004 he was the first to talk about it publicly in a cover story for Fairfax’s Good Weekend magazine. His trepidation was rewarded with thousands of “thank you” messages at a time when depression was kept behind closed doors.

Success in any endeavour has common denominators. In his presentations John raises some intriguing issues:

John's speech was very topical, especially for the younger members of QTC's staff who were present. Overall, his tone and manner were very good. We couldn't have wished for a better speaker.

I would like to sincerely thank you for contributing to the Retravision 37th National Seminar, in Bali recently. The Seminar was a huge success and your presentations were excellent.

Your presentation was great and you fell into the role of Master of Ceremonies perfectly.