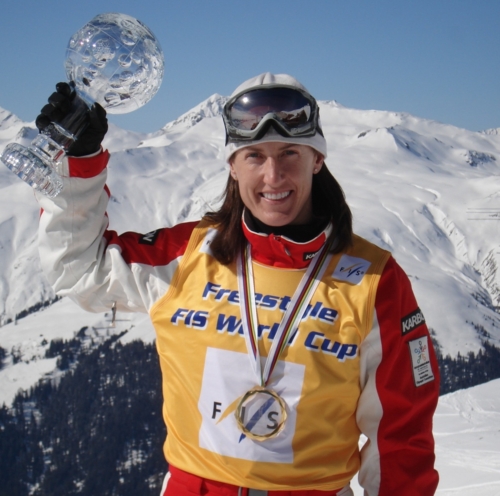 Keynote Speaker with an Inspirational Story of Hope

Saroo Brierley has a remarkable story of loss, determination, resilience and discovery tha ...

Daniel Kowalski is a two time Olympian, a leading sports administrator and a powerful huma ...

Mick Doohan is one of the all-time great champions of 500cc motorcycle racing… he is als ...

Jacqui Cooper is an entrepreneur, an author and a former Olympian skier. She is also the mother of three children; all born using IVF science and technology. Using skills from her sports tool box, Jacqui has created new products that are needed, used and wanted by Australians. She is the author of two books and the founder of Food For Me, a range of gluten free products that includes Australia’s first complete set of gluten free doughs endorsed by Coeliac Australia’s gluten free “guarantee” program.

Jacqui’s story is one of self-belief, passion, triumph, tragedy and the ability to overcome adversity

Jacqui Cooper represented Australia in the sport of Aerial Skiing for over 20 years, beginning her career in 1989 at Mt Buller with the Techne Team. Within three years she was representing her country at the World Championships in Lake Placid New York; by 1994 she competed at the Lillehammer Winter Olympics. In 1999, just 10 years after starting her sport she became a World Champion. Over the next 10 years she dominated and revolutionised her sport.

In a very long and decorated career Jacqui Cooper competed in 139 World Cup Events, nine World Championships and was selected to five Winter Olympic Teams. When Jacqui competed in Vancouver in February 2010 she became the first Australian woman in history (Summer or Winter Olympics) to represent Australia at five Games. Her record five world titles, 39 World Cup medals, 24 World Cup wins and three major World Championship medals left Jacqui as the greatest Aerial skier of all time (man or woman); an achievement that will go unbeaten for decades.

Jacqui Cooper’s sport is unforgiving; she has had knee, elbow, shoulder and hip reconstructions. In 2001, she broke her back in an attempt to win a record 3rd World Title; she went on and won it. In 2002 at the Salt Lake City Winter Olympics she injured her knee and broke her leg, just two days before the Olympic competition ending years of dreaming, willing and wanting.

She has also devoted time to speaking to primary, secondary, and university/TAFE students about living a healthy lifestyle, making smart choices, nutrition, being young role models, dreaming BIG, being active and goal setting. Jacqui has travelled to remote aboriginal communities as far as Darwin and beyond spending time promoting all things healthy with a heavy focus on ‘SAY NO’ to alcohol, petrol sniffing and smoking.

Jacqui is the author of two books – Frozen Hope for couples undergoing or embarking on the sometimes very long and emotional IVF journey, and It Took Three to Make Me an illustrated book that explains the IVF process to children. She is the founder of Food For Me, a range of gluten free foods manufactured in a fully gluten free facility in Langwarrin, Victoria and sold in IGA stores in VIC, QLD and NSW.

Jacqui has won many awards in recognition for her achievements in sport and for her involvement in the community. During her career she was honoured as the Victorian ‘Young Australian of the Year’ for Sport, Victorian Sports Woman of the year and Ski and Snowboard Athlete of the year. In 2008 she was presented with the ‘Governor’s Award’ at the Vic Sports Awards for being a role model, a champion, and a woman who is successful in sport and life. Since 2010, she has been La Trobe Financial’ s Company Ambassador.

Jacqui was fantastic. I knew she was a wonderful athlete but I never knew the extent of her courage and strength. I loved listening to Jacqui and hearing about her story. Very inspiring.

Everyone was thoroughly impressed with Jacqui’s presentation. She was personable and really connected with our attendees. We had a lot of positive feedback after the event.

I have heard Jacqui speak on about 3 occasions and each time I have been inspired by her story. I have witnessed the effect on the audience, she has them spellbound as she talks about her achievements and the incredible challenges she has overcome with injuries etc. yet still bounce back to the top. The most important take away for me is that you can reach incredible heights and then incredible lows but if you want something enough, and if you are passionate enough and single minded enough to pursue it – it will happen!

Jacqui Cooper is a true legend. She did not win a medal but her performance in finishing 5th in the women’s freestyle aerial event epitomised all that is so great about Australian sport.

In May 2010 Jacqui Cooper stepped in at the last minute to be the key note speaker for our annual conference. With slightly more than 48 hours to prepare, Jacqui proved just what a champion she is. Her presentation did what many other champion sports personalities fail to do. She very clearly and concisely married together what is required to be successful in sport with what is necessary to be successful in business. Jacqui's life story and the examples she gave demonstrated that to be a champion in sport and in business you have to have a plan, both short and long term. You have to have persistence. You must be dedicated. You must train both the mind and the body and most important of all you must be prepared to go beyond what is regarded as the norm. I have no hesitation in recommending Jacqui Cooper to any company or organization looking for a key note speaker who can marry together what is required to be successful in sport and business whilst at the same time be very professional and very entertaining.

It has helped us to keep driving forward and overcoming challenges when things appear to get jammed in our business. She delivered such a powerful message to the team.

Jacqui Cooper has a great story to tell, and she tells it with great humility, humour and “down to earthedness” that is rare amongst those high profile successful sportspeople that tread the speaking circuit. We found Jacqui to be totally professional in her dealings with us as she prepared a presentation that was absolutely spot-on for the purpose we invited her for – she does her homework and really listened to what we were after. The response from our leadership group who were fortunate enough to be there for Jacqui’s session quite surpasses any that we’ve had before – they found her to be engaging and utterly approachable, and her story absolutely struck a chord that was totally aligned to the work we had them engaged in. We have already booked Jacqui to come and do more work with us, and I have no hesitation in recommending her to you if you’re after a really authentic, entertaining and professional speaker with a great message that shows people they can do whatever they set their minds to!

Jacqui Cooper is one of the most enthusiastic key note speakers I have heard to date. Her story engaged, motivated and inspired our audience of 200+ Flight Centre Ltd employees. Jacqui’s self belief, commitment, perseverance and work ethic (with a clear action plan) can be applied to anyone both personally and professionally. An Aussie success who delighted our crowd with her passion and energetic message..... definitely the high-light of our conference.