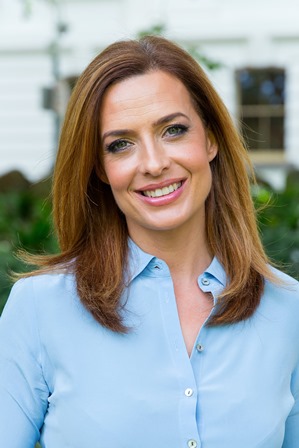 Apparently, Becky Lucas has a notoriously low self-esteem... but when you see her on stage ...

Agassi ended a 21-year tennis career with his retirement following the U.S. Open in the su ...

Craig Reucassel is an Australian writer and comedian who is best known for his work with T ...

Helen Kapalos is an outstanding journalist with a diverse media career. She is also a passionate film-maker and producer of documentaries. A proud Victorian, Helen served two terms on the state government appointed board of Federation Square and was appointed Victorian Multicultural Commissioner.

Helen Kapalos’ career as a reporter began back in 1994 on ABC Radio in Newcastle and has included a rewarding period at multicultural broadcaster SBS after winning a national scholarship. She spent several years in commercial radio and TV, including the Nine Network’s regional affiliate NBN, where she wrote, directed and produced an award-winning documentary on the closure of BHP, in 1998.

In 2001, Helen joined the Nine Network as a reporter on National Nine News where she covered breaking news events such as the Waterfall train disaster and the historic Sydney Gang rape trial. She played a key role in the 2004 Athens Olympics coverage and was appointed host of the Late News program Nightline.

In 2006, Helen Kapalos joined Network Ten, as a co-anchor on News at Five. She anchored several live broadcasts in that time such as the devastating 2009 Black Saturday Bushfires, and the Christchurch earthquake.

Helen has been fortunate enough to work for all three commercial networks in Australia and two public broadcasters and recently completed a rewarding career period with the Seven Network, hosting Today Tonight throughout 2013 in Sydney and Melbourne and joining the flagship Current Affairs program Sunday Night as a senior reporter.

Returning to her first love, film-making and documentary work, Helen Kapalos was the Executive Producer of A Life Of Its Own a documentary that examines the truth about medical marijuana, released in 2016.

Helen is a keen ambassador for the state of Victoria and also an Ambassador for the Ovarian Cancer Research Foundation, an advisory committee member of the Big Issue, and a fan of the Hawks as well as Liverpool in the English Premier League.

Helen undertook her Masters in Journalism, with the strong view that journalism should value, above all else, the principles of truth and integrity and advocate causes where others are unable to have their voice heard.