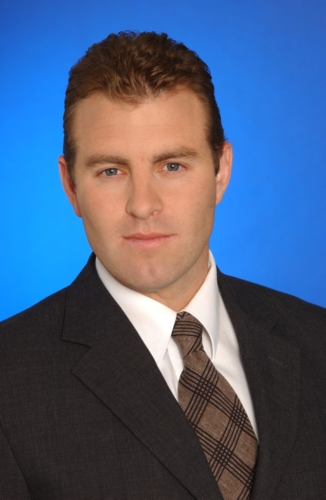 Professor Tim Sharp is an expert in human behaviour and thinking. He knows what makes peop ...

Matt Hall knows there's no such thing as "you can't..." A retired, decorated RAAF comba ...

Derrick McManus is an expert on the durability of human performance. Having miraculously s ...

Craig Norenbergs is the main sports anchor on SKY NEWS, as well as its Head of Sport. Craig is also an energetic, polished and personable MC who entertains audiences with experiences and humorous stories derived from a long and colourful career in television spanning over two decades.

Craig Norenbergs was part of the production team which won a prestigious BAFTA award at BSKYB in 1998, produced the top rating 2002 FIFA World Cup and the 2001 World Athletics Championships from Canada for SBS. He was also in charge of the multicultural network’s award-winning World Sports program for four years.

One of Craig’s earliest memories is of packing down at hooker in the local Canberra under 6’s rugby competition. It started a life-long love affair with the game. He has also played rugby league, football and AFL with varying success. Sadly, two broken collarbones, a broken cheekbone, dozens of rib injuries and three knee operations mean he’s restricted to the sidelines these days. He makes up for it by avidly supporting the Canberra Raiders, ACT Brumbies and Geelong Cats. He’s also waiting for the ACT to enter a team in the A-League.

His sporting idols are soccer players Pele and Johnny Warren; cricketers Doug Walters and Greg Chappell, rugby union legends Mark Ella and Cliff Morgan and his father Eddie for teaching him that all of life’s values and lessons can be found in sport.

Craig has degrees in History and Sociology from the Australian National University, as well as a postgraduate degree in Professional Broadcasting from the University of Canberra. In addition, he has completed several courses at the Australian Institute of Management.

Craig has acted as Master of Ceremonies at several charity functions I have organised and he has always been professional, humorous and very well prepared. He interacted well with our special guests and I received many positive comments about him.

Craig is our go-to man for any function needing a professional MC. From media conferences to formal dinners and casual get-togethers, he is a popular choice amongst our members.