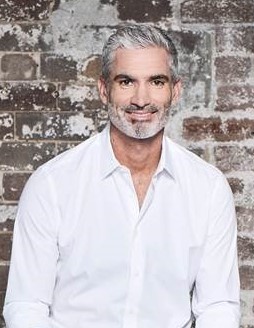 Who, during a meeting, the sales process, an interview or during a negotiation wouldn't lo ...

Jacinta Tynan is a television journalist, author and columnist who is also regarded as a c ...

Since being crowned Miss Universe Australia 2008, and coming in the top ten in the world p ...

Craig Foster is a former player with, and captain of, the Socceroos. A highly respected media presenter, he is also a global advocate for diversity and social harmony, known for his contribution to Australian society well beyond the playing field.

An excellent keynote speaker, Craig draws on his experiences on and off the field to engage his audiences, and tailors his presentations to ensure the messages communicated are relevant and memorable.

Craig’s professional soccer career included playing in Australia, Asia and England. He made 29 appearances for the Australian National Team (Socceroos) including as Captain. Following his retirement from the field, Craig enjoyed a multiple Logie-winning broadcast career with the Special Broadcasting Service (SBS) alongside some of the great icons of football broadcasting including Johnny Warren and Les Murray.

Craig is perhaps equally as well known for his work beyond the field or screen, however, through the social programs he has developed and supports as well as his advocacy for sport and human rights.

In 2018/19, Craig became a National hero in leading a global advocacy and lobbying campaign for an imprisoned young, refugee footballer in a Thai prison, Hakeem al-Araibi, who was in danger of extradition to Bahrain where he faced a repeat of torture suffered in 2012 and, many believed, possible loss of life after speaking out against a member of the Royal family.

Craig worked closely with the Australian Foreign Ministry and Embassy in Bangkok, travelled the world to lobby FIFA and the United Nations, lobbied Governments and Embassies in Thailand and coordinated with numerous stakeholders including World Players United, FIFPro, Amnesty International, Human Rights Watch and the Asia Pacific Refugee Rights Network to result in the release of Hakeem and safe return to his young wife in Australia.

Craig was personally thanked by both the Australian Foreign Minister, Marise Payne and Prime Minister, Scott Morrison and acknowledged by FIFA for leading the global advocacy campaign.

Craig is also a member of the Multicultural Council of Australia, tasked with ensuring the ongoing social harmony of Australia’s diverse and changing population and works with a vast range of social programs in indigenous football, homelessness, domestic violence, refugee advocacy as an Ambassador for Human Rights and Refugees with Amnesty Australia, developed a primary school initiative with the Australian Government for Harmony Day and is a former Chairman, Life Member and CEO of Professional Footballers Australia (PFA), Australia’s representative body of the Socceroos, Matildas and professional players around the world.

Craig was extremely well received by our audience, we could have listened to him for longer!

Craig Foster was really well received at our media event, he has a fantastic manner and presented in line with our messaging and was well prepared and knowledgeable on the whole subject