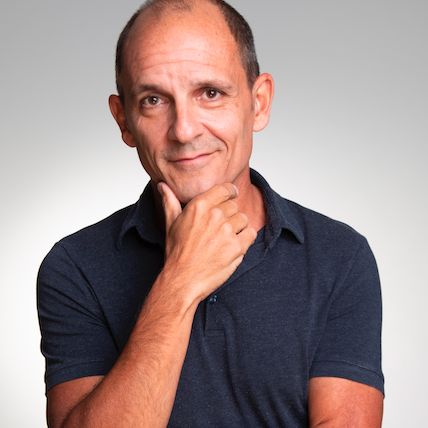 Glenn A. Baker is known for his encyclopaedic knowledge of rock music. He has written book ...

Jason Stevens is not your average sport star. He played for 14 seasons in the National Rug ...

The Psychology of Persuasion

Philip Hesketh is an expert on the Psychology of Persuasion and Influence. A highly engagi ...

Carl Barron is one of the country’s most loved stand up comics and one of very few on the live scene to receive such enormous kudos.

With a non-threatening observational style of comedy, and a gentle, awkward, and original approach, Carl touches the hearts of every audience. Consequently, he has headlined at every major comedy venue and Festival worldwide, and is highly sought after for corporate events and celebrations.

His second show, Whatever Comes Next won Best International Show at the N.Z. Comedy Festival. When it was released on DVD, it entered the Charts at Number One and stayed there for over 12 months. The DVD was also nominated for an ARIA award.

Carl Barron is the only person to have a top 20 selling DVD in the official GFK Charts three years in a row! And in 2005 & 2006 he had two DVDs in the top twenty – an astonishing achievement.

Carl Barron grew up in Longreach in Central Queensland, the son of a sheep shearer. He moved to the Gold Coast where he became a roof-tiler, before moving on to Sydney where, one night he decided to walk on stage at the Harold Park Hotel. He told the audience how a bird had pooed on him that day…. and the rest is history.

Since winning Comic of the year and Best Up and Coming Talent in 1993, Carl has established himself as one of the most accomplished comedy performers in Australia and around the world. He has 50 TV spots to his credit both in Australia and abroad and has performed live throughout Australia, New York, L.A, London, South Africa, Auckland, Ireland, Singapore, Norway, Denmark, Sweden and Edinburgh.

Carl Barron of Australia was the highlight of the evening, with wry observations and hysterical bits on sneezing, burping, farting and just plain stuff.

But the star of the evening is Carl Barron, who has the audience in fits with his resonating observations of common experiences. With a dead-pan expression breaking out into gleaming wickedness, this skinny Gandhilike comedian turns the tables on the mundane, tackling everything from our reactions to stupid questions through to turds with footprints.

His wry, acute insights are so warmly received because people are instantly aware of what he is talking about.

People were laughing so hard they were either crying or nearly falling out of their chairs.