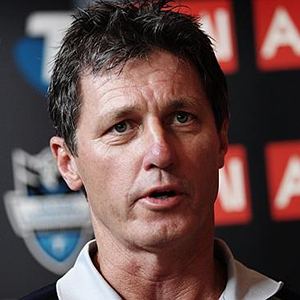 Kitty Flanagan is a comedian who is renowned for her quirky, offbeat observations. ...

Legendary homicide detective Gary Jubelin has been credited with solving some of the natio ...

Bill Harrigan is widely acknowledged as Australia’s finest sporting official. With his impressible knowledge and incredible experience on the field, he is he perfect celebrity to entertain your guests at your next sports event. Bill Harrigan is also an inspirational speaker who captivates and motivates audiences to achieve.

Bill Harrigan has a profile equal to that of the major players. He has refereed 393 First Grade Rugby League games, 21 State of Origins, 25 Test Matches and 10 Grand Finals. He has played an integral part in many of the most spectacular matches in Rugby League history.

Bill Harrigan has seen the games best players up close – often in his face.

Prior to this, Bill Harrigan was dealing with hardened criminals and life threatening situations as an elite police officer with the NSW tactical response group and the special weapons and operations squad.

Upon retiring from his high profile refereeing role, Bill Harrigan spent twelve months in a ground breaking move with the Sydney City Roosters as their consultant.

In 2005 Bill Harrigan returned to the NRL as a referee’s consultant and was appointed the CEO of Australian Oztag. Along with his media commitments, Bill Harrigan is very much now considered as one of the games best advisers.

A two time winner of Australia’s prestigious ‘Official of the Year” Sports Award and more recently, a best selling author with his autobiography Harrigan, Bill Harrigan is now regarded as one of Australia’s leading motivational speakers. He living proof that if you set your goals and follow them with commitment and dedication, you can achieve great results in whatever you choose to do.

As a celebrity guest at your next sports event, Bill Harrigan will:

Bill Harrigan was an excellent speaker. He was very well received by our audience and his stories were enjoyed by everyone, not just the rugby league fans in the room.