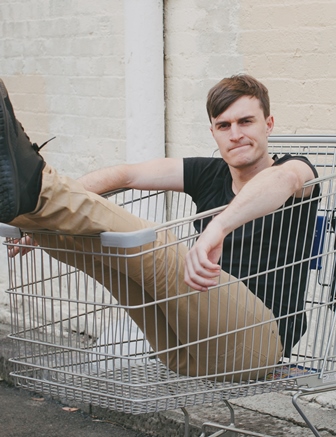 Patricia Garcia AO is a respected humanitarian and 2016 Australian of the Year State Final ...

Host of Wipe Out & The Sunday Footy Show

James Brayshaw is one of Australia’s key sporting media personalities and one of few pre ...

In 1984, Ron Barr commenced employment with the Riverstone Neighbourhood Centre as a Youth ...

Alex Dyson is an Aria award winning comedian and one of Australia’s most successful breakfast radio presenters; broadcasting partner to Tom and later Matt on Australia’s beloved triple j.

With his quick wit, great charm and ease in front of an audience, he is also a highly successful MC / host for corporate events.

Alex took over the coveted national breakfast role at just 21 years of age, and for the next seven years woke up in the early hours to entertain over one million listeners who tuned in weekly to hear him.

Having begun his run on Triple j with childhood friend and comedian Tom Ballard in 2010, he finished with comedian Matt Okine at the end of 2016. In that time Alex was nominated for two ARIA Awards and won one for Best Comedy Release.

He racked up millions of views on YouTube with comedy sketches and Like a Version videos, and interviewed everyone from Arnold Schwarzenegger to then Prime Minister Julia Gillard, as well as countless local and international musical artists and every day Australians.

Outside of triple j, Alex’s interests and talent for communication have found him taking on a multitude of different roles. He has hosted events for The Australian Census, Red Kite and the NSW AFL and in 2016 he hosted Chris Lilley’s highly anticipated Mr G Singalong at the Sydney Opera House

His love of sport has seen him commentate for the International Women’s T20 live coverage on ABCtv, and live AFL matches for the NEAFL competition.

Alex’s keen interest and talent for writing enabled him to maintain a long-running advice column in the monthly Girlfriend publication, as well as land him a role in the prestigious Melbourne University Law Revue whose alumni include Magda Szubanski and the Working Dog Productions crew.

Alex is developing and writing his own concepts and working on some exciting collaborations. He is genuinely knowledgeable and passionate about the music and entertainment industry, and is a widely respected face of the youth demographic. Alex is excited about the opportunities of teaming up with brands, events and ideas and is available for corporate engagements.